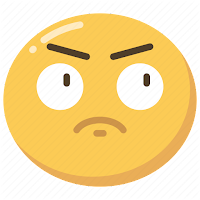 I am often intrigued by what annoys people, especially on Twitter. A subject which I saw recently, which was causing a heated debate was a discussion about whether there should be a double space after a full stop in a sentence. When I did a word processing qualification about 30 years ago – that is exactly what we were taught, but it seems that is not the modern way. But folk on Twitter were getting very irate about it! Fascinating! (god knows what they would think about the overuse of exclamation marks!!)

This is not really about punctuation, it’s my fascination with how people can get so annoyed and upset about something like this.

Another interesting spat was triggered by a famous singer tweeting about hating the word ‘hubby’. Again, I was surprised that the use of a certain (albeit slang) word could cause so much annoyance. My second thought was – well if that’s all they’ve got to worry and complain about, they are doing ok. But then I considered it a bit more and came to the conclusion that it is about connecting with other people, about finding others who think and feel the same way as we do. After all we are social creatures, even us introverts like to have connections with fellow humans sometimes. 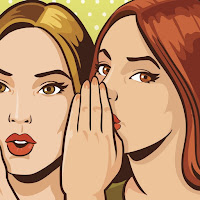 I often think gossip works in a similar way. I really try not to engage in gossip, but I can feel that tempting pull when someone says ‘oooh did you hear about so and so….?’ It’s about that slightly conspiratorial connection with someone, a bond and a link with another human. Often gossip can lead to people getting hurt but I think, most of the time that is not the intention when we gossip.

When we feel a bit lonely or isolated, or perhaps need to feel a connection or validation from another – we air what or who annoys us and see if others feel the same way. Or we’ll indulge in a little bit of gossip.

I think the recent fear and uncertainty has heightened this response in people too. I’ve certainly found myself getting irritated by some things, that pre-Covid – I wouldn’t have given a second thought to……
Posted by Yogi Claire at 07:13 No comments: 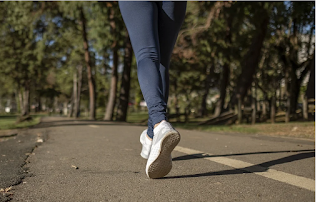 I thought I’d share an observation with you this week. I was having one of those internal conversations with myself - you know the ones where there is the ‘you’ who knows what's good for you and then there's the ‘you’ who likes to spoil stuff for the fun of it!  (self-sabotage anyone?) I noticed how incredibly crafty that 'self-sabotaging' part of me is. I was weighing up whether to go for a run - not an hour long trek, just a modest 3.5km plod. I hadn't run for a few days and I knew it was what I needed. But Mrs. Self-Sabotage started to argue that I needed some 'self-care' in the form of sitting around on the sofa instead......hmmm very crafty, because I know the importance of self-care and taking a rest...BUT very often, my self-care IS to actually get out and go for a run. It improves my mood, it helps me to focus and become more creative and pro-active in my work, amongst a ton of other physical and mental health benefits I get from it.

I know I've done this before, used the 'self-care' approach to be a bit lazy. Of course it is so important to rest and take time out to be still and conserve energy sometimes, but I have to be careful not to use it as an excuse. I do find that excuses are really, really easy for me to find! 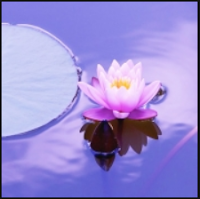 Anyway, I reflected on all this – and it is only through my yoga and self-awareness work I have done, that I was in a position to do this. So I went for my run - it took less than half an hour and I didn’t beat myself up about nearly chickening out of it. I then cracked on and recorded a new relaxation for subscribers, got on top of my admin and did a 15 minute meditation - which was also self-care. Needless to say I felt really good and rather smug that I had got one over on Mrs. Self-Sabotage. It can be a challenge to balance our lives out in the ways we really need.

Have a think about how sometimes you end up not doing the things you know are good for you, you might find it a little challenging to think about this. Humans are so very complex and often contrary, I certainly am. I'm frequently amazed at how illogical I can be sometimes! 😊

Below is the link to the free relaxation – I hope it brings you peace.


For details of my classes and online work, see www.yogiclaire.com
Posted by Yogi Claire at 01:16 No comments: 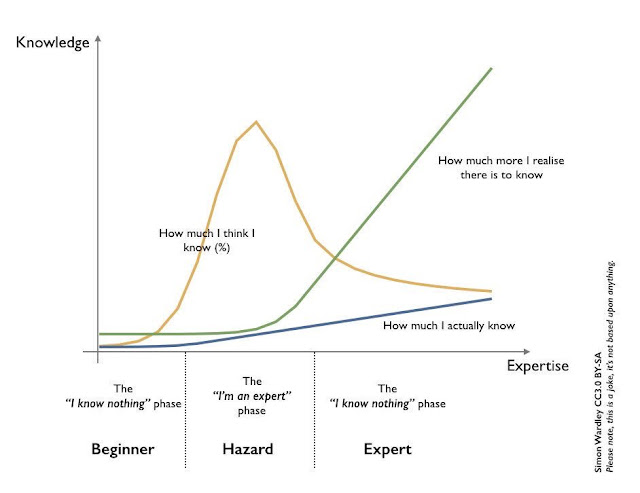 I thought i would share the contents of last week's email to my subscribers as lots of people commented to me how useful and interesting they found it.  (These are emails sent out every Thursday to people who attend my regular classes and like to recieve my online videos and audios.  When there isn't any new online material to share, I have a little waffle about something I have been thinking about! This was last week's offering.)

Have a good look at that diagram.  Interesting isn’t it?  You might need to ponder on it for a while but I stumbled upon it and it encapsulates something I’ve been thinking about lately.   I’ve been noticing that the more study I do – the more I realise how little I actually know!  This might apply to life in general too.....

I am passionate about learning new stuff – loving the process of learning and get excited when I come across new ideas and theories – even when I don’t necessarily agree with them.  In fact, these days I deliberately search for the opposite of what I am hypothesising as now I am aware of confirmation bias.  This makes for a very rounded way of learning and helps with critical thinking which has not been my strong point in the past.  It’s especially important in this day and age when there is so much false information out there.

I have also deliberately followed some people on social media who are very different to me – in order to gain new perspectives (I’m not talking about Trump supporters – that’s a bit too far) just people who see things from a different angle to myself.

If you enjoyed reading this little snippet and you attend my classes, then message me your email address and I can add you to the list.  You can unsubscribe at any time.

For details of my yoga classes see My Website